Note from Priya: From time to time I like to open my blog up to friends who have had great experiences with public history. One of the most common ways that we connect with the past is through our family. Here is one story of making that connection. 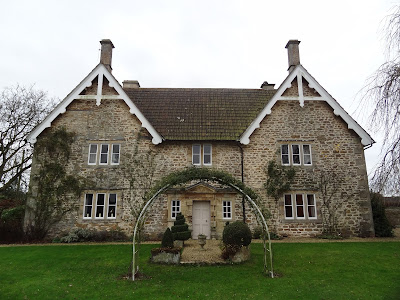 When I was young, I asked my dad where I got my name from. He explained to me that I was not, in fact, named after the poet. I was named after my ninth-great-grandfather who left England and settled in Boston in the 1630s. His son, James, built a house in Dorchester, just outside the city, that still stands to this day. One year for Thanksgiving, my dad took me and my brother to Boston, where we had the chance to see the Blake House and visit a nearby cemetery containing Blakes from many generations ago.

My dad did not know much about the Blake family in England, but that didn’t bother me. For any young American interested in history, that is an amazing enough story. Many of my friends cannot trace their origins back more than one century. In the last year, I have discovered I can trace my origins back eight centuries, back to the days of Magna Carta. Along the way, I have found connections to a coat of arms, members of parliament, the poet (who is likely a 12th cousin), and a cousin nicknamed the “Father of the Royal Navy,” who is buried at Westminster Abbey.

When my then-fiancée suggested that we spend our honeymoon in England over Christmas, I couldn’t have been more thrilled. After we got married, I spent my summer studying for my grad school comprehensive exams. I broke up the monotony of studying by doing genealogical research (if you have not tried ancestry.com, you should!). I connected with a distant relative in Australia who has been researching the Blake family for years. He opened my eyes to a great deal of information about the early Blakes in England. 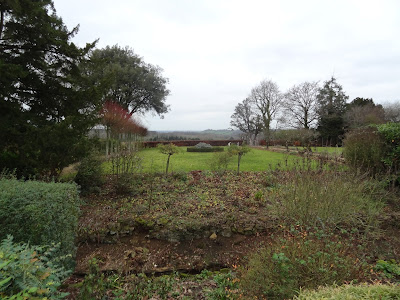 I now have a more precise answer as to where my name comes from. Blake is the old English word for black, and years ago I read speculation that the name was applied to an ancestor with black hair or dark skin. Surnames were often adopted to tell two people with the same first name apart. This was not the case with our family. About two hours west of London lies the county of Wiltshire. In 1194, Richard I established the parish of what is known today as Blacklands just outside the market town of Calne in Wiltshire. The parish contains only about 500 acres, and it name refers to the dark forest that once existed there.

The original name of the parish, however, was Blakeland (or Blakelonde). It was a common practice for Norman nobles to adopt surnames based on the location of land they owned – given to them by a Norman king. DNA tests of other Blake descendants reveal Norwegian markers, which could also indicate Norman ancestry. As far as I can tell (and this is a rough estimate), my 24th-great-grandfather was John de Blakeland, born ca. 1200.

Just to the west of Blacklands is Pinhills Farm, a house that dates back to the mid-17th century. It was built, in part, out of materials from a much older manor house that was burned during the English Civil War. The old manor house is listed as the possession of one of Alfred the Great’s grandsons in the 10th century. The Blake family acquired Pinhills sometime in the 14th century and lived there for about four centuries. The Blake family supported Parliament during the Civil War, and Pinhills stood as a garrison for Cromwell’s forces in Wiltshire, and a moat was added to protect the manor. Unfortunately, that area of Wiltshire fell to Royalist forces on December 28, 1643, and Prince Rupert ordered Pinhills to be destroyed.

I was able to get in contact with the current residents of Pinhills Farm, and they graciously gave us permission to visit on our trip. On December 27, we rented a car and set off from London for Wiltshire. It was difficult restraining my excitement, but I had to in order to navigate the hazards of driving on the wrong side of the road. The English countryside was more beautiful than I could imagine, and I think could England could be described as the Emerald Isle just as easily as Ireland. We exited the highway, drove through the town of Calne, and onto Pinhills. 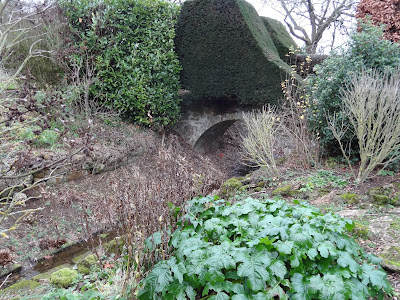 The family currently living at Pinhills could not have been kinder to us. They gave us an expert tour, allowed us to take plenty of photographs, and then invited us in for a proper English tea – complete with China and homemade cake. We had a nice chat about history and politics. Although we did not take pictures inside the house, I did have the chance to touch some very old ceiling beams, which likely were part of the materials salvaged from the original manor house. It was truly awe inspiring to have such a physical connection with a place that has so much history, especially so much history connected with my family.

The grounds of Pinhills have been kept in immaculate condition, including the moat. When originally constructed, the moat was about 15 ft. deep. As a result of erosion, it is only about 5 ft. deep. The area inside the moat, where the original manor house once stood, has been converted into a beautiful garden. I felt such an incredible sense of inner peace being there. Our hosts pointed out one old tree under which George Prothero, an English historian, wrote one of his manuscripts. My reaction was that I would be so much happier to write my dissertation under that same tree than anywhere else on Earth. 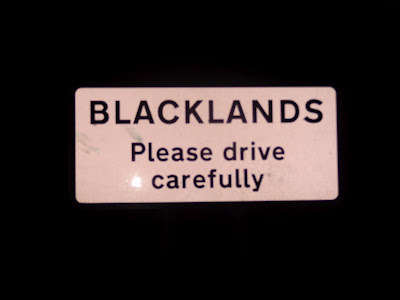 As if the family connections on our trip could not get any more enjoyable, the next day we drove back to London and I went to Westminster Abbey. At first it looked like I was not going to be able to go in, as I arrived close to time from the last admission. I told a marshal that there are memorials to two of my cousins in the Abbey – the poet and Admiral Robert Blake. The marshal called her boss, the head marshal, and when he heard my name, I got VIP treatment. I was whisked inside without waiting in line or paying admission. I got to see parts of the Abbey usually out-of-bounds to tourists, which was a good thing because the memorial to Robert Blake is located just off the tourist route.

All-in-all it was a truly magical trip, but I already have a long list of genealogical and historical things I want to do on the next trip.

3 thoughts on “Guest Post: Coming Home for the First Time”