This is perhaps a post more about narrative than anything else. As I work on another story for May I am ruminating on how to pull together disparate pieces into something coherent and meaningful. And so for this post I thought I would take a look at methods of storytelling in film and theatre. Specifically, the role of the fourth wall in narrative.

The first is a look at the recent book turned into film The Hunger Games, followed by a reflection of a recent adaptation of Eugene O’Niell’s Strange Interlude at the Shakespeare Theatre in DC. Finally, I wanted to look at the role of participant theatre through my experience at the creepy, yet satisfying production, Sleep No More, a version of William Shakespeare’s Macbeth.

A story about a world controlled by violence where children are held hostage to a Capitol determined to hold society under their thumbs through an annual gladiator style rite called the Hunger Games. By now, most of you know about this series, and there isn’t much I can say about this book that hasn’t already been addressed by others….

From a storytelling angle, I have to approach the book and the movie separately. The book looks to tell the story from one point of view. We only see and learn what Katniss understands, we know what she knows. It’s like looking at the history of a town or a place and using one person’s diary to tell the tale, sans broader political or social context. We know she is only a piece in a larger machine, but we don’t know what role she plays until later.

In the movie, this tale is approached from two or three different perspectives. We still have Katniss’ point of view—primarily in the arena, but we are also given information as a part of the viewing audience along with glimpses of the undercurrent of malevolence by President Snow and company. And here is where the fourth wall comes in (props to my friend Rob for bringing this up). In the film adaptation we’re pulled into the film primarily through the use of the “hand held (shaky) camera.” The fight scenes feel un-choreographed – and we are amidst the chaos, grappling for some purchase and an upper hand.

The fourth wall is a theatrical term that refers to the barrier between the audience and the events on the screen or stage. “Breaking through the fourth wall,” is when that audience is acknowledged directly, no longer invisible. While the Hunger Games film never directly acknowledges our presence, I did feel at times that the camera work, and the “reality” based storyline made us more than just an unwitting audience member – and made you think of how complicit we are, in our world, of feeding the unreality of reality television.

The story starts with a man talking about his daughter, Nina. Her fiancé has recently passed amidst the fighting of World War I, and her father worries that she will never rise up from her grief and sorrow.

Over the next 3 hours and 45 minutes (a shorter version of play that is normally almost over 4 hours, and often includes a dinner break) viewers are treated with a strange tale. One of grief, manipulation, love (can you call it love?) and expectation. This is Strange Interlude.

I’ll be honest, when we first heard how long it was my friends and I made an unofficial pact (one we probably would never have gone through with, because we aren’t really like that): if we hated the show we would bail during the first intermission.

Luckily that was never necessary. It’s hard to describe Nina Leeds. On one hand she is held up as someone who will not do what is expected, refusing to listen to her father or to an old family friend until pushed. On the other, she and most of the males in her life believe that happiness comes with marriage and children, a daunting task for someone who lives her life for her lost love. When she finally does wed, she discovers a hidden secret in her husband’s family that forces her to live her life dedicated to putting someone else’s happiness above her own.

I don’t want to give away the story (especially for those who may consider attending this show), but I wanted to look at two specific elements. In terms of set it’s a blank canvas. Three pale walls that take up only half of the stage at the Harmon Center for the Arts (the rest of the stage is dark). During scene breaks, scenes of the time/mood/tension are flashed on these walls through black and white silent films.

Much of what we learn about motivations and feeling come from regular asides from each of the main characters. An aside, for those who aren’t familiar with the term, is when a character steps out of the normal conversational dialogue to add….an aside, something only we can hear, but none of the other principal actors can. In Strange Interlude we glean sincerity and a version of reality (as each of them see it). Not quite the fourth wall, but certainly insight that we would not get if this was written as a straightforward play.

Don’t want to take my word for it? Let others sway you, and then go see it yourself. (If I didn’t mention it before, this is also a comedy).

She should have died hereafter;
There would have been a time for such a word. —
To-morrow, and to-morrow, and to-morrow,
Creeps in this petty pace from day to day,
To the last syllable of recorded time;
And all our yesterdays have lighted fools
The way to dusty death. Out, out, brief candle!
Life’s but a walking shadow; a poor player,
That struts and frets his hour upon the stage,
And then is heard no more: it is a tale
Told by an idiot, full of sound and fury,
Signifying nothing.

Picture this. You check in your bags, and receive your ticket – a playing card that leads you up some stairs and through a narrow dark passageway that transports you from there (Chelsea, New York City,  New York) to here. You are told it is a hotel…the McKittrick Hotel, but it is also a speakeasy where suited up guides use breaks in the music to call out numbers for the much larger show. This is how we are herded, prepared for what is to come.

You get a mask, reminiscent of the masks from V for Vendetta but much more ghoulish, and are told to stop speaking. No cell phones. No outside communication at all. After all you are no longer there…you are here.

And up, up, we go and step beyond the realm of typical theatrics and into the show itself.

Have you ever watched a play and wondered what it would be like to walk on set, walk through doorways, and wander about fake libraries, dining rooms or battlefields? In the McKittrick that is what we get to do. On one floor we are wandering through a graveyard. Small crosses dotting a hallway that is nearly pitchblack. I can smell the dirt, and hear the sorrow. The graveyard turns into ruins, half built brick walls, with a statue of Jesus (or was it an angel?) raising their arms towards us. (Aside: This would have seemed less menacing had I not recently seen the “Don’t Blink” episodes of Dr. Who.) It’s a maze that ends in a wall of glass doorways, and peering through the frosted glass you are given a glimpse of a bedroom filled with other silent, masked attendees.

We walked through the glass and spotted the white, porcelain tub in the center of the room. Papers lay scattered about, and when you pick it up you see a familiar name. Macbeth, writing to his lady love.

And then, he walks in followed later by his wife – and though they never verbalize the conversation we figure out that this is the moment. When she convinces him that regicide is what he must do to achieve the throne.

Then we have a choice. To stay with the Lady, or to follow him as he runs to his fate. We stay, others go. We wait, knowing that when Macbeth returns he will have hands stained with blood. And so he does.

We are a part of the play. We are the silent observers to the madness. It is truly like stepping in, almost like a voyeur, into the play itself. The actors never really acknowledge our presence, but they react, dance and float. They fight and we are moved along with the motion, physically working to find out what comes next. 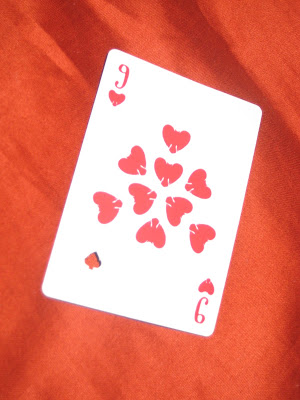 If anything comes close to truly breaking the fourth wall, this production by Punchdrunk (who champions this type of immersive theatre) does. In this play, Sleep No More, “Lines between space, performer and spectator are constantly shifting. Audiences are invited to rediscover the childlike excitement and anticipation of exploring the unknown and experience a real sense of adventure.” (www.sleepnomorenyc.com). The sets are meticulous, and successfully provide visitors with the opportunity to investigate, opening books, touching tables and wandering.

It is, however, not for the faint of heart. While I explored as much as possible, the silence is unnerving, at times frightening (especially when you are on the upper floor filled with signs of growing insanity by the inhabitants), and I was grateful to have my sister standing next to me.

Like Strange Interlude and The Hunger Games the fourth wall still exists, but it is transparent. While we cannot affect the outcome of the show, we are a part of it, and though you do not need to know the story of Macbeth, it helps to make connections and to understand motivations.

At the end of the night as we stepped from here to there—back into Chelsea, New York City, New York, and reality once again.

Sleep No More is currently being shown through the end of June 2012. For more information visit www.sleepnomorenyc.org.

One thought on “Hodge Podge: Aside the Fourth Wall in the Arena, the Stage, and a Hotel in Chelsea”