When I started this blog in 2009 I had intended for it to serve as an outlet for these words I constantly have churning in my head. Words floating around after I step out into the world, asking–begging to be written down. These words are more than just a way to express myself, they are a way for me to paint a picture, tell a story, form a narrative. They are letters that form sentences that lead to ideas.

So when I look back at my words this year, I realize that 2012 was filled with milestones. When this blog goes live it will be my 108th post*, and the nineteen posts that made up this year have a few common themes. Some were labors of love (the history of Jim Crow, and my piece on public history, the American Revolution, and 1865) while others looked to my travels from Wisconsin to Washington State. I also attended some gorgeously produced theatre productions that pushed storytelling to the next level (not to mention the big Disney buys Lucasfilm news). With every word I put down I tried to embrace the connections between what we read, see, and watch and what we think following these experiences.

This was also the year where I finally finished my digital portfolio www.priyachhaya.com. A project that took me about a year, I am grateful to all my friends who helped me get it done (this means you Sara P!). 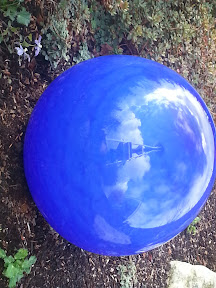 As I have done in the past I pulled together my 2012 Notables. Some of the items of this list are due for a blog post that will most likely show up in 2013 (my thoughts on Cloud Atlas and Lincoln) while others are just things that I enjoyed. Each of the books I mention pushed my limits, my imagination, and made me smile. While the music caught my attention with lyrics, melody, and soul. In terms of television, this May will bring the end of some of my favorite television shows (Fringe, 30 Rock), but there are some episodes that I am still thinking about months later—from The Civil War parody on Community, to the awesome second to last Season 2 episode on Game of Thrones.

Movie-wise this has been a strange year as most of the movies I saw earlier in the year were terrible (This Means War or Snow White and the Huntsman) but the last few months have been filled with amazing films. Those on my pick list are a split between long anticipated (The Hunger Games, Les Mis) and the unexpectedly good (Salmon Fishing in the Yemen, Argo). There were individual performances – Daniel Day Lewis as Lincoln, Martin Freeman as Bilbo Baggins that also deserve a mention. As for live theatre? The three I did pick pushed the boundaries of how I looked at a storytelling on the stage.

When I wrote last year’s look back I said that optimism was my greatest weapon for 2012, and it was. This viewpoint helped me both professionally and personally as I worked on writing projects, life choices, and looking at world events. It’s a tool that will keep me going in 2013. 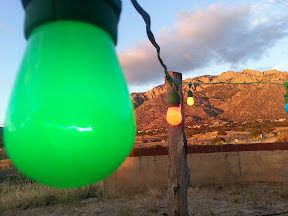 And since I will be kicking off the year with a new living situation, a new space to call my own, in a new walkable neighborhood. Optimism will guide the new avenues to explore and yes, new people I meet.

Second I think 2013 calls for more focus. Not just in how I write, but also in how I choose what to write about. More focus also involves managing my time more wisely in all aspects of my life.

And thirdly 2013 can be a year of growth. Developing skills in areas that can enhance the work I do—photo editing, video production, understanding the practical applications of social media. Growth includes being deliberate in the choices I make to be a better producer of public history.

So Optimism. Focus. Growth. Three ways to approach 2013. Three tools to infuse the way I tell stories, both beyond and of the past. Three ways to embrace the future.

With love to my family and friends and to all who have come this way this past year. Happy 2013, may it be filled with inspiration and joy.