Re-posted from the PreservationNation.org blog.

If I had to sum up my last week in Albuquerque, New Mexico in two words it would be this: the sky. During the day it was a brilliant shade of blue, at dusk a deep shade of pink, and there were moments this past week where I thought all I had to do was reach up and capture some of it in my hand.

It was everywhere — along main roads, soaring forward when we drove around town completing errands; along the Turquoise Trail on my birthday as we made stops at ghost towns on the way to Sante Fe; and at a rehearsal dinner located high on a hill where we could see all of Albuquerque spread out before us.

While the purpose of the trip was to celebrate the nuptials of an old high school friend, it was not devoid of the all-important historical wanderings. As suggested by some of PreservationNation’s readers, I had dinner in Nob Hill, a local main street with shops and restaurants, and walked past the numerous murals that illustrate Central Avenue downtown. 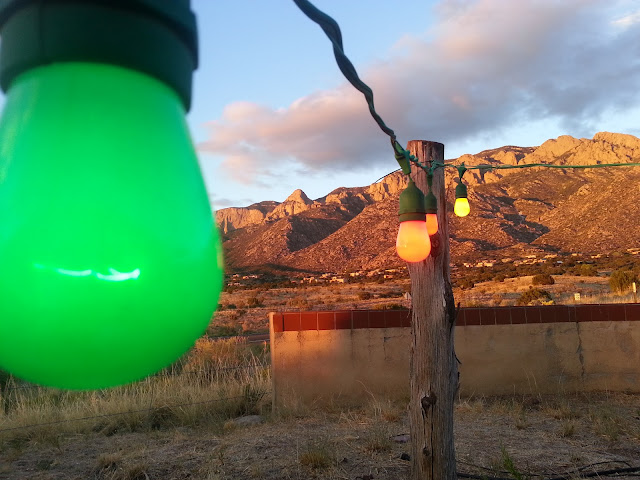 But Tuesday (my birthday) was the kicker. The bride’s mother took us on a road trip to Sante Fe with stops in Golden and Madrid (pronounced with a long “A,” not like the city in Spain). In Golden we had the opportunity to shop at Henderson Store. A family-run business since 1918, it was a general store until the 1960s when a declining need transformed it into a trading post for handcrafted Native American crafts. Today, it is a great place to find amazing jewelry and cultural items from the various Native American pueblos in the area.

The best part? Getting to talk with Bill Henderson about his life’s work, something that not many visitors get to do. He’s someone you wish you could listen to all day — filled with personal stories of the region’s history and culture. 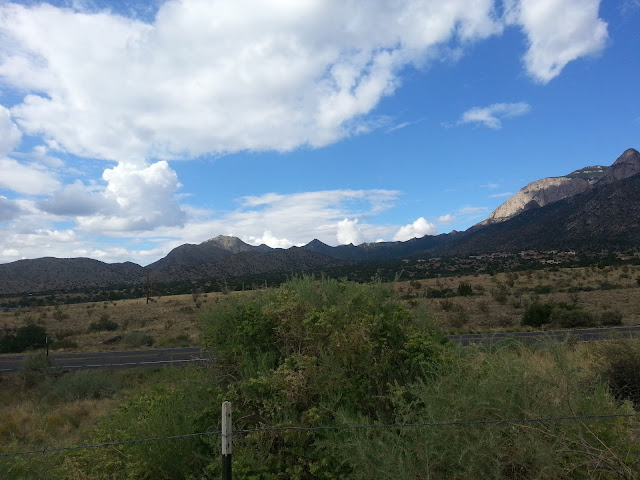 I also learned that ghost towns are interesting places of revitalization. After all, what do you do when the industry that made it thrive no longer is supported? In Madrid, now a tourist locality, we saw the old coal veins and the small cabins for the workers that had been transformed into venues for local artists and craftspeople. It’s perfectly positioned along a scenic byway, too — the Turquoise Trail on the way to Sante Fe. 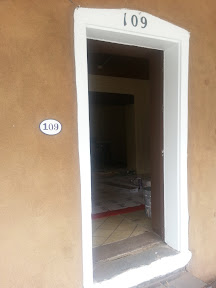 And since we were in the neighborhood, we ended up making a second trip to the state capital later in the week to meet up with my former government teacher and historian James McGrath Morris. Perhaps the best part of knowing someone in the area is their ability to point out attractions we may have overlooked. And while we never made it to Los Alamos, we did go to 109 East Palace, which we learned was the check-in site for Los Alamos workers back when it was a secret city.

Back in ABQ (as I’ve affectionately started to call it) I spotted Mt. Taylor in the distance and wished that there was more time for me to make my way to another place connected to the National Trust: Acoma Sky City …

… which leads me back to the sky. After a week here I understand that the appeal and power of living in the Southwest is connected to nature. Understanding Albuquerque’s past and present means understanding the geography — the mountains, the desert, the sky — and understanding its connection with those who live there.

Check out my full album of pictures from ABQ.

P.P.S. Traveling there soon and looking for some good places to eat? Try Scalo in Nob Hill and the Flying Star Café (multiple locations), and BBQ at The County Line. In Sante Fe I checked out the food at the La Fonda (a Historic Hotel of America), and some great Heuvos Rancheros at Tia Sophia’s.