Many fans of fantasy and sci-fi fall into two different camps: those who love time travel and those who don’t. For those who love it, suspension of belief is sufficient to get through the paradoxes that these narratives develop over time. The inverse is true for those who abhor stories that change the past, because repercussions from the butterfly effect leads to stories that are convoluted and messy. 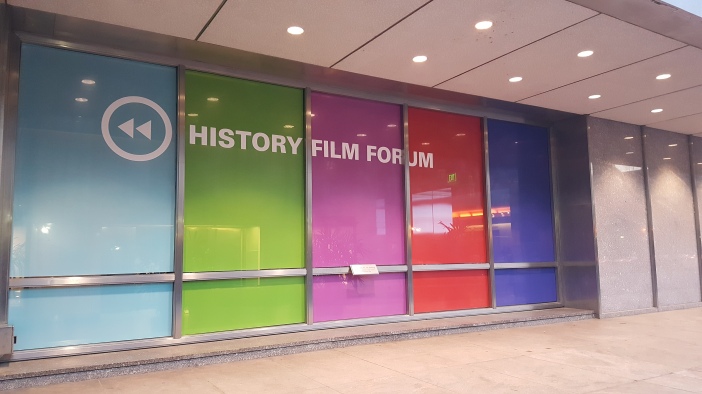 I thought about this the other day when watching Rogue One, last year’s Star Wars movie about a group of rebels plotting to retrieve the plans for the first Death Star.  While thrilling in its own right it is only through the final minutes (the final, last ditch, effort to escape Darth Vader) where we see the connective tissue between this film and 1977’s A New Hope.

In some ways it feels like a historical document. A primary source that fills in a missing piece — why everyone fears Darth Vader, just how desperate Princess Leia was to get the plans away from her ship, the absolute critical nature of C3PO and R2D2’s mission. It puts things into perspective and provides insight into a story that captured my imagination for the past twenty years.

I bring this up because telling stories about our real history through film can act in much the same way. Depending on if it is a documentary or a narrative film it has the opportunity to mask, obscure, or reveal a version of the past to an engaged audience. Responsible filmmakers want to tell their story, but also inherently bring their own biases and perspective to their creations.

Rogue One presents a moment where the Rebellion realizes they could fight the Empire and coalesce into one big movement rather than a splintered force. In the real world, its a lot more complicated, and when pop culture attempts to look back in time (or travel back in time) sometimes there is only a phantom of truth embedded within them. Making the determination of what facts to massage and what facts should remain as historical truth is a key part of the process. What you choose to do as a storyteller and filmmaker can lead to its own butterfly effect creating a different, almost unreal, version of the past.

I recently wrote two pieces that talk about historical truth in fiction and reality after attending the Smithsonian Institution (and the National Endowment for Humanities) History Film Forum last month.  In the first Getting To Truth At The Smithsonian’s History Film Forum on SavingPlaces.org I take a look at some of the broader questions the film festival tried to answer. 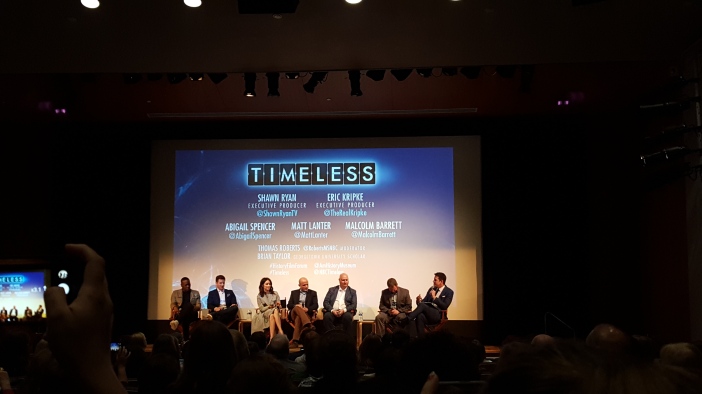 In Telling Underrepresented Stories with NBC’s Timeless on the FANgirl blog I dug a little deeper into NBC’s time traveling history show. For a show involving conspiracies and a time machine, it is remarkably nuanced about telling the full American story. As I say in the piece, it’s not perfect but it does a better job at engaging with the real past than many other shows I’ve seen.

In both pieces I wanted to think about how popular culture and history storytelling through film are about nuance and balance. There is not one specific formula to get it right and many ways to get the story wrong. However, if the storyteller is smart enough they will embrace the opportunity to entertain, engage, teach while honoring the broader narrative of those who came before.

One thought on “Journey to the Past: Timeless & the History Film Forum”