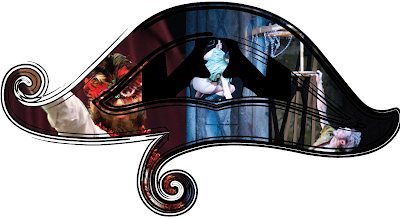 A storytelling mechanism that I love is one that uses altered realities to push characters toward an unintended and unexpected destination.For some, these altered realities are remembered as if in a dream, while for others it is a rift in time that only comes once a year.

Two weeks ago, I attended a pair of theatrical productions that used this mechanism to tell the tale. The first was a preview of The Shakespeare Theatre Company‘s A Midsummer Night’s Dream. The second was the National Theatre of Scotland’s (whose Black Watch I reviewed earlier this year) The Strange Undoing of Prudencia Hart.

If We Shadows Have Offended

Saw the first preview of @shakespeareindc #Midsummer. Loved the Luminescence of the fairies and the end. Nicely done. #fb

The second show of Shakespeare Theatre’s season was a personal favorite. When I was an undergraduate I ran props for a theater club called Shakespeare in the Dark, and one of the productions was A Midsummer Night’s Dream. As props mistress I often stood in the wings watching as Puck and Oberon played with human reality, almost as we players created a world for our audience every night.

This time, as an audience member I found myself musing on the mechanism of the dream as a way to manipulate human memory. For the four lovers the world of fairies was a twisted world, where no one was content, and their hearts influenced by potion and magic.  For each character this dreamlike scenario challenged and for others changed fate. What the Shakespeare Theatre was able to do was create a believable world where fairies hung from chandeliers, Titania slept in pianos, and  Oberon exerted his will. Where it is beautiful, this production is also well balanced–making Puck playful without malice and the fairy world filled with both wonder and trepidation.

If we shadows have offended,
Think but this and all is mended,
That you have but slumber’d here
While these visions did appear.
And this weak and idle theme,
No more yielding but a dream,
Gentles, do not reprehend:
If you pardon, we will mend.
And, as I am an honest Puck,
If we have unearned luck
Now to ‘scape the serpent’s tongue,
We will make amends ere long;
Else the Puck a liar call:
So, good night unto you all.
Give me your hands, if we be friends,
And Robin shall restore amends.

Border Ballads: Neither Border nor Ballad

Where A Midsummer Night’s Dream was playful, Prudencia Hart is eerie. Perhaps it is the non-traditional setting, a room in a bar where players and audience are intimately connected. We provide the snow and participate in a karaoke night—more a part of the production then the usual audience member.

But this show grows unexpectedly dark, ripping us from the rollicking bar to a dark abandoned street where Prudencia Hart finds herself caught by the Devil for a millennium in Hell. For a woman who studies the topography of hell in Scottish Bolder Ballads (the title of this section is the name of the conference she is attending when she meets Satan), she finds quickly that it is not quite what she expected.

But in this fractured reality, this living dream, Prudencia lives another life and slowly becomes someone new—a person who wouldn’t refuse the microphone during karaoke and is an active agent in her own life.

In these two shows, the dream-like alternate realities serve as a place where change is manifest. No one comes out unscathed, but in “waking” the memory of that slumbering experience changes all.

Both #prudenciahart and #midsummer @shakespeareindc are treading between dreams and reality. Visions. Visions of lives lived. #fb