Does preserving old places–and the memories they represent–matter? Do the individual and collective memories embodied in old places help people have better lives?

Tom Mayes, a colleague of mine who is spending six months in Rome as a recipient of the 2013 Rome Prize, asks these questions in his latest post investigating “Why Old Places Matter.”

As I’ve read his series it has brought back my own thoughts on memory and memorializing–where stone structures on a battlefield or ever-living trees bear witness to the past. At this intersection of memory-place-monument these objects of remembrance serve as a physical manifestation and encapsulation of a collective connection to the past.

Old places provide a tangible reminder that something happened–that humans stood in this exact spot and did something. That we interacted, enacted change, or fought for a cause.

They are questions that I am also thinking about as I prepare for my last day at 1785 Massachusetts Avenue, the soon to be former headquarters of the National Trust for Historic Preservation.

On one hand it is sad, we are leaving a space full of inspiration and beauty. Owned first by the McCormick (International Harvester) family, this is the apartment building where Andrew Mellon first began collecting for the National Gallery of Art. It is a space where individuals committed to saving historic places came together for thirty-seven years. 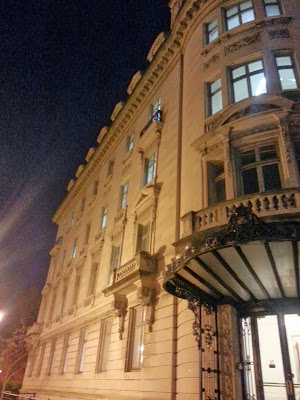 In the last few months I’ve heard about those years through the eyes of co-workers and other preservationists whose collective memory of 1785 also tracks with the history of the national preservation movement. I know that my seven years in this building have been at times enthralling, frustrating, and sorrowful, yet filled with an incredible amount of passion and love. The historians, preservationists, advocates, and lawyers that have walked these halls supported the preservation movement in every way possible.

That being said though the National Trust is physically departing the building it shall be involved in its protection in perpetuity. So out of sight, but never out of mind.

With its own infamously special historical pedigree, our new home, the Watergate Office Building stands as a mid-century modern masterpiece in its own right. It may not have the stately elegance of a former apartment building in Dupont Circle, but it still makes a statement. 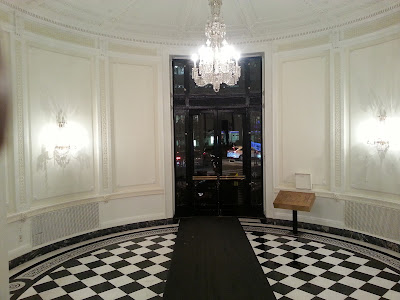 Protecting our historic and cultural resources is a critical element in understanding and remembering who we are. 1785 provided the inspiration and reminded me every day why I am a historian. However, it also represented, on some level, an image of preservation that stands above and apart. In the Watergate’s abstraction, I see a building without a single interpretation-a place that can embody possibility. Seen either as a beautiful curvilinear structure, or a place of political intrigue and shame, its very complexity is what gives it life. It is a site of contested memory, to borrow from Mayes’ essay again, where not everyone agrees on its value and importance but illustrates the tough conversations preservationists have on a daily basis. 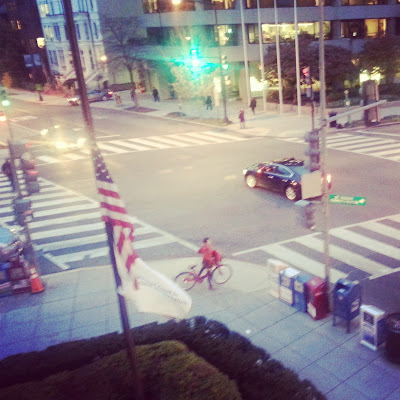 But that is Monday. For now I am going to take one last look around 1785 Massachusetts Avenue. I am going to walk through the front awning, examine the latticework while appreciating the detailed exterior stonework. I’ll pace over the checked floors, try not to fall down the marble stairs, and look up at the interior plaster work. I’ll avoid the creaky elevator, and finally go up to the roof to say goodbye. 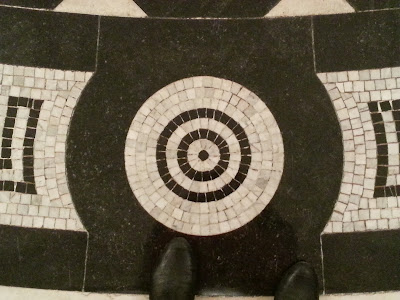 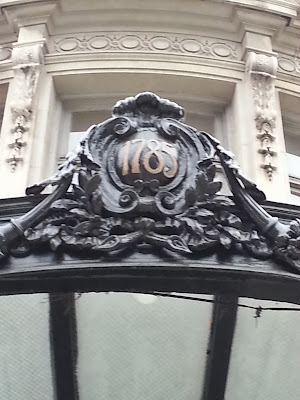 The title of this piece refers to a hashtag employees have been using on social media. #1785forEva or #1785forEvah.

Images: The eye contains an image of the flooring in the front entryway of the building. In order: Exterior of 1785 Mass, The David Finley Rotunda, View from the boardroom balcony, my feet staring down at the foyer tiling, and detail of the front entryway. More Images.