Optimism. Focus. Growth. Three ways to approach 2013. Three tools to infuse the way I tell stories, both beyond and of the past. Three ways to embrace the future.

New Year resolutions are tough. As goals for the next 2-300 or so days they are choices of self-determination. Dictates on change. Guidelines for choices you want to make in the year to come.

They are often lofty and almost always fall to the wayside before February.

Last year instead of resolving I sought to qualify. I chose three words that would be a touch point for how I manage inevitable change and tell my stories. Three ways to accept the unpredictable and embrace it.

In this I have been mostly successful. 2013 was a year of personal change which often pulled me away from writing. My focus was directed towards family matters and I made the conscious choice to look for personal growth offline (though it seems my use of Twitter is perhaps on an uptick). 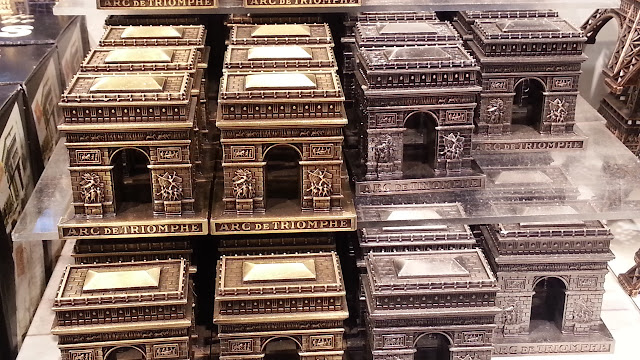 In the last year I’ve written 13 posts here on …this is what comes next. A few were cross-posts from either Fangirl or the Indian American Story. Others included links to reflections on the PreservationNation blog.  Collectively these posts (which are listed below) mark my love with learning through place (this year I traveled to Boston and Paris) and finding ways to teach my new niece an appreciation for the past. Some of my favorites? This interview with a Kristina Downs on Native American Heroines (originally on Fangirl blog), my look at Cloud Atlas, and a two-part post on returning to historical places and the resonance they bring on PreservationNation.

In terms of notables for the year there really isn’t a consistent theme on what stuck with me. As usual the list is related to things that I watched, read, saw, or listened to this year, even if they were released earlier.

Books: A Memory of Light, The Book Thief, Love, Dishonor, Marry, Die, Cherish, Perish: A Novel, and Cast in Sorrow

All four of these books struck a note in different ways. A Memory of Light ended a twenty-year series, while The Book Thief and Love, Dishonor… told stories with lyrical prose that moved me. Cast in Sorrow is the latest book int he Chronicles of Elantra and while it stayed true to what I loved about the series it also introduced some new faces that makes me excited for the future.

Television: I have never laughed so much as I have this year when watching the Mindy Project and New Girl. Top of the Lake, The Fall, and Bletchley Circle are sublime, atmospheric mysteries that pulled me in (and creeped me out).  I also caught up on the phenomenal acting on Orphan Black and realized that Warehouse 13 is really all about material culture. Finally The Newsroom Season 2 Finale, and the “Dr. Who 50th Anniversary Special,” not to mention the “Red Wedding” episode from the last season of Game of Thrones.

Which leads me to 2014. What I am looking forward to this year? I want a year of productivity. Not the most inspiring of descriptors but one that I feel will push me to finish some projects that have been lying dormant through 2013.

I am also looking to experiment. I want to shake things up. Take chances. Try something new. Even if it is something as simple as learning a new recipe. I know at work, especially with the new space, this will be an easy one to accomplish, but personally I need to try to step outside my comfort zone at least once this year.

This year I’ll be traveling again: to California in March, India sometime later, and Georgia in the fall. I’m looking forward to the return of Veronica Mars and the long awaited publication of Tricia Barr’s first novel, Wynde. Above all else I am looking to a year of joy.  A year filled with new family, big moments, and you.

All it takes is just one step to start the journey. A willingness to embrace possibility in all its forms. To accept what may come and the stories that the year shall bring. One step to find out what comes next.

Other New Year Resolution perspectives: The orangutan’s gaze: A call to interior solitude (by my friend Julia)