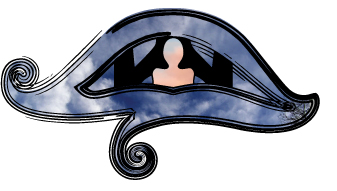 There is a moment in the second half of Cloud Atlas when physicist Isaac Sachs posits a few theories on the nature of the past.

“Exposition: the workings of the actual past + the virtual past may be illustrated by an event well known to collective history, such as the sinking of the Titanic. The disaster as it actually occurred descends into obscurity as its eyewitnesses die off, documents perish + the wreck of the ship dissolves in its Atlantic grave. Yet a virtual sinking of the Titanic, created from reworked memories, papers, hearsay, fiction-in short, belief-grows ever “truer.” The actual past is brittle, ever-dimming + ever more problematic to access + reconstruct: in contrast, the virtual past is malleable, ever brightening + ever more difficult to circumvent/expose as fraudulent.”

This is nothing revelatory to those of us who work in the public history field–memory is fickle, the objects we interpret can only tell a fraction of the story and for every oral history produced a recognition of perspective is taken into account. In graduate school we spent days talking about authenticity trying to determine what exactly is the nature of historical truth.

Perhaps this is why I found Cloud Atlas by David Mitchell so challenging. It is a book that asks the reader to engage in some very historical questions: What is truth? How do we understand the past? What sources do we use to frame our understanding of the actual past? And finally how do those memories create this “virtual past?” It is a story of careful precision. Six interlocking narratives, chopped in half. Our chronology moves forward in time for the first half of each of these stories, before the author hits rewind finishing the story backwards.

As we leap from story to story we are left with a window into the previous chapter: Robert Frobisher finds Adam Ewing’s diary, Luisa Rey reads Frobisher’s letters, Her tale of adventure and mystery is recounted to Timothy Cavendish in the form of a novel manuscript, Cavendish’s life is  immortalized in film which survives to be watched by Sonmi-451, and then Sonmi’s story, a final interview, is recorded on an Orison (a memory box, of sorts) for Zachry to stumble upon. Objects. Primary sources through which histories are told.

Diary. Letter. Novel. Movie. Hologram. Each provide a solitary glimpse backwards, and while we, the reader, see a fuller picture–and see more clearly how an object alone cannot reveal the entire story of the past–the characters question the reality the objects present.

Robert Frobisher on Adam Ewing’s diary: “Something shifty about the journal’s authenticity–seems too structured for a genuine diary, and its language doesn’t ring quite true–but who would bother forging such a journal, and why?”

Timothy Cavendish on the Luisa Rey mystery: “That Luisa Rey is this Robert Frobisher chap reincarnated, for example. Far too hippie-druggy-new age. (I, too, have a birthmark, below my left armpit, but no lover ever compared it to a comet).”

But the historical questions are just one part of why I love this novel.  Mitchell’s ability to expand upon the physical elements linking past to present to future is best illustrated when Luisa Rey, who upon seeing Adam Ewing’s ship The Prophetess newly refurbished feels how her “birthmark throbs. She grasp for the ends of this elastic moment, but they disappear into the past and the future.”

Each character feels the weight of the past. Robert Frobisher, the composer, listens as his mentor Vyvyan Ayrs describes how he “dreamt of a nightmarish cafe, brilliantly lit, but underground, with no way out. I’d been dead a long, long time. The waitresses all had the same face.”

It is in these two future narratives–the corporate, pre-revolutionary world of Sonmi-451 and the post-apocalyptic Hawaii with Zachry–that we feel the weight of both the mystical and the historical coming together. For Sonmi, a “fabricant” (a genetic clone) who rebelled against the system, her last moments involve talking to an Archivist where she readily admits spinning a story rather than speaking the whole truth. Those words turn her into a God for Zachry and his Valleysmen:  “But for Valleysmen savage gods weren’t worth knowin’, nay, only Sonmi was real.
She lived ‘mongst us, minderin the Nine Folded Valleys.Most of the time we cudn’t see her, times was she was seen, an old crone with a stick, tho’ I sumtimes seen her as a shimm’rin’ girl.”

At each point in the story (and pointed out by Sachs during suppositions) belief is equated with power and linked with the creation of virtual histories. As Zachry describes above, his belief in Sonmi helps them get through pain, hunger, and death. It is belief that has Frobisher describing how “Time cannot permeate this sabbatical. We do not stay dead long. Once my luger lets me go, my birth, next time around, will be upon me in a heartbeat. Thirteen years from now we’ll meet again at Gresham, ten years later I’ll be back in this same room, holding this same gun, composing this same letter, my resolution as perfect as many-headed sextet. Such elegant certainties comfort me at this quiet hour.”

It is something that Adam Ewing admits outright:  “To wit: history admits no rules; only outcomes. What precipitates outcomes? Vicious acts and virtues acts. What precipitates acts? Belief. ” He uses his knowledge, his belief to become an advocate for abolition, to use all he knows to make a change.

…and perhaps this is what the novel’s final message is. Our past influences and sets the stage for our present beliefs. And based on those beliefs we make a choice and decide where to stand. I know there is so much about this book I am not discussing: the cross-story themes of enslavement, capture, and rebellion. The use of power to oppress, and greed to destroy. And love–for family, friends, lost and returned lovers. But as challenging as this book was to get through its interpretation of how we understand and think about history  proved to be the most valuable.

We started with a supposition from Isaac Sachs, the physicist who finds himself involved in Luisa Rey’s mystery, and it is only fitting that we end with him.

PS: I would be amiss if I did not mention that one of my favorite themes throughout this book was the use of music, and the Cloud Atlas Sextet (primarily through Robert Frobisher and Luisa Rey’s narrative) to show how the lives intertwine. You can listen to a sample of the amazing music for Cloud Atlas movie adaptation by Tom Tykwer, Johnny Klimek, Reinhold Heil.

The music in the Lost Chord Music Store subsumes all thoughts of Spyglass, Sixsmith, Sachs, and Grimaldi. The sound is pristine, riverlike, spectral, hypnotic, intimately familiar. Luisa stands entranced as if living in a stream of time “I know this music,” she tells the store clerk, who eventually asks if she is okay. “What the hell is it?”

All images courtesy of Warner Brothers. (Cloud Atlas horizontal movie poster, A young Rufus Sixsmith and Robert Frobisher, Robert Frobisher and Rufus Sixmith on the tower, Zachry and Meronym).  The book cover is from NPR.org