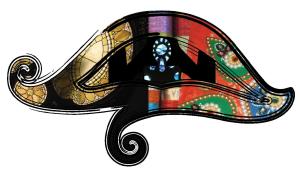 Let’s kick this conversation off with a little bit of background:

Yesterday the Supreme Court heard arguments in Shelby County v. Holder, a case challenging Section 5 of the Voting Rights Act of 1965 (VRA). This section requires certain states and localities with a history of discrimination to submit changes to election practices to a judicial authority before it can go into effect.

While the act as a whole enforces the 15th Amendment to the Constitution, this particular section was meant to prevent the poll taxes, literacy tests, and other Jim Crow tactics that infringed on the rights of African-American citizens to vote.

What’s the overarching argument about the case? In the years since the law’s enactment, and particularly with the election of Barack Obama, this provision is no longer necessary. [Read Supreme Court Case Explained or this response from Representative John Lewis]

It’s a troubling question, and one that I’m concerned about. On one hand I don’t think we have the type of institutionalized racism that existed at the time this legislation was passed. However, we are clearly not beyond racism. All across the country, the American relationship with race, and discrimination in general,has gained a 21st century edge—not just white vs. black.

But we’re talking about the vote. In the last election we’ve seen new methods of manipulation-specifically voter ID laws and the acts of gerrymandering by state legislatures. Under the guise of general re-districting it really is a way to control the outcome of elections to swing in one particular direction.

So what’s the solution? If the courts strike down Section 5 will the VRA lose its edge completely? Or will that open the doors to new revised legislation that can look at election practices across the country, regardless of geographic location? As important and symbolic of a step the election of Barack Obama was, I don’t believe that the election of one man means that we’ve ended discrimination or racism in the United States.

Alternatively, if the court upholds Section 5, will the twenty-five year continuance on the VRA by Congress mean that we won’t have a full conversation about race and election practices until 2031? Or can we take the time to find a better solution?

As a historian I understand the march of time, and I’ve stated before I believe in this country’s ability to continually move the needle toward a more perfect union–one that adapts and changes–meeting challenges as they arise. The optimist says that we can find a way, but the one that looks at the real world landscape we live in argues with my better angels.

I’m not sure I believe in the ability of our current congress (rather the political climate) to rise above and draft meaningful legislation addressing these issues.

In the end though, I keep looking at the recent movie Lincoln (otherwise known as the Final Moments in the Legislative History of the 13th Amendment). Fraught with political maneuvering and frustration, the amendment’s passage changed this country forever, but it did not solve our problems. It took decades upon decades to get us to where we are now—and I know that history provides the perspective so that we are ready to take the next step when the time comes.

Excerpt from Our Documents: Voting Rights Act of 1965

2 thoughts on “Thinking About the Future: The Voting Rights Act of 1965”