Beware! [Channeling Yoda] Beyond first paragraph, spoilers there be….

“The bee in his bonnet was that history and myth are two aspects of a kind of grand pattern in human destiny: history is the mass of observable or recorded fact, but myth is the abstract or essence of it.” From The Manticore, Book 2 in the Deptford Trilogy, by Robertson Davies (p326)

Overwhelmed. That was the prevailing emotion I felt when I walked out of a theatre in downtown D.C. on December 17th. I can’t say it was because I was immediately blown away or that I had just witnessed cinematic perfection, but rather that I left my first screening of The Force Awakens with a sense of immense satisfaction jumbled up with a continuous stream of questions and ideas.

There are a lot of things I loved: The potential and mystery of Rey (in a word: awesome). Kylo Ren. Ben. The excellent interaction between Poe and Finn.

Luke Skywalker. It was but a moment, but Mark Hamill’s blue eyes faced with Rey’s almost pleading – hand outstretched – expression, betrayed a haunting. A man forever changed. And with John Williams’ The Jedi Steps fading into a familiar theme we were left with an enormous crescendo leaving us with a weight and sense of history. 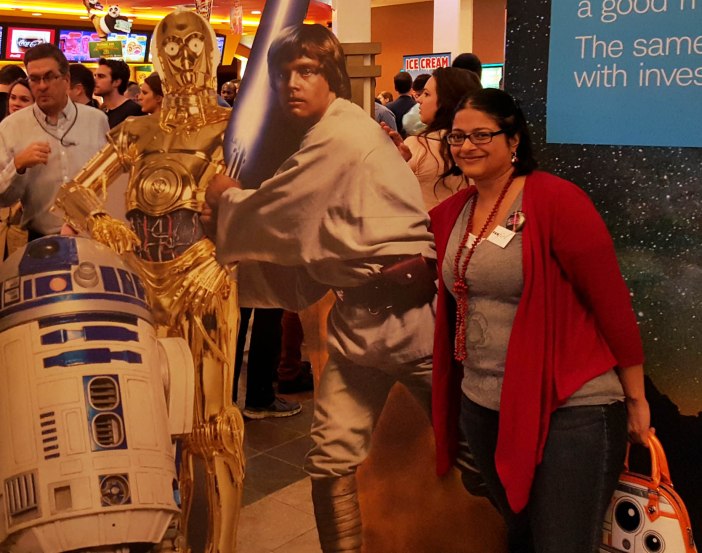 I admitted the day after my first viewing that even with official dismissal, I carry the Expanded Universe on my shoulder. Despite the EU’s missteps, this feeling of responsibility and reaction to failure is something that remained consistent throughout Luke’s development as a Jedi, a teacher, and a master. During the final moments of Episode VII I saw Legends Luke’s experience mirrored in Hamill’s face and I asked myself a question I asked the first time I picked up Timothy Zahn’s Heir to the Empire and again after learning of Ben Solo’s betrayal: How can one man do it all?

And that, perhaps, is what made The Force Awakens work. As the passage from The Manticore describes, this movie emphasizes the two sides of human destiny. This galaxy has on a galactic level been changed by war and destruction, and yet in the far reaches those historical shatterpoints – to borrow a term from Mace Windu – are merely legends ingrained in the psyche of those not at the center of change. For a young woman living among the detritus of that past waiting for her family, a stormtrooper without a past looking for a new path, a fighter pilot resisting against tyranny, and the son of two heroes determined to leverage his familial heritage for unknown motives, these myths are just another layer in a new reality and have – and will – subtly shape who they become going forward.

Though heavy with nostalgia, the balance of history and myth in The Force Awakens struck a chord. When Han looks through the map of destiny to the future of the galaxy far, far away and says it’s all true – I felt a shiver. For here is a man forced to see the world in a new light. A man who became a believer. A man who hoped, for a brief moment, that he could sway his son the way Luke pulled his father, and paid for it, but not before leaving one final impression to say goodbye. This is a moment that I think will haunt Kylo Ren in future movies. 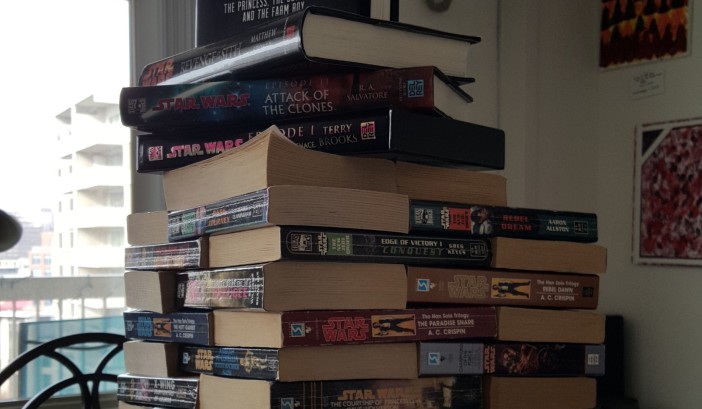 Since watching The Force Awakens I’ve had numerous, often whispered, conversations with colleagues at work, fielded about a dozen text message exchanges with cousins, friends, and family, and after my third viewing with my sister did a fist pump when I overheard her tell someone how Rey is her new favorite character. While I didn’t love Supreme Leader Snoke and wouldn’t mind having a few more quiet moments that weren’t interrupted by intense action, I am incredibly excited, and relieved, to see what happens going forward.

Star Wars is back. Let’s see what stories unfold.