As we closeout this second day of the new year I have to say that 2015 sped by. There were marriages and babies. Trips and a lot of theatre, and perhaps more importantly, I spent the year doing exactly what I had resolved: In 2015 I took control.

At the start I decided to let my choices and needs dictate how I spent my time-challenging myself to say yes (and at times no). We can say, for the most part, that I was successful.

But what about 2016? Well from a pop-culture standpoint I can’t wait to watch Downton Abbey’s last season (in the UK this is so 2015 already), the X-Files reboot, Hamilton the musical in August and yes, more Star Wars.

I am also looking forward to visiting Colorado and India (at the end of the year) with some other adventures along the way.

And so in 2016 I am going to order myself to relax and experience the world. I hope to sprinkle a little bit more spontaneity into the mix.

I am also going to be  proud of my accomplishments. One of which will be evident to anyone who reads this blog in the next few weeks when a big three-year-long project finally comes to fruition.

Above all else I hope for a year of kindness. Where love trumps fear and a hope (a pipe dream, of course) that politics will not further create a vortex of misery leading up to the elections in November.  I didn’t realize just how I was being affected by the conversations until I tried to write my annual New Year’s card and ended up with a free verse that sounded, as a friend said, like an advertisement for a CW superhero ad. This one in particular:

But the sentiment still holds. Every four years we have an opportunity, as a nation, to choose our leader. I hope that we choose wisely and not just because of anxiety or fear, but because of compassion, reason, and intelligence. I hope that we are able to look past the rhetoric and examine other sources of information beyond what is being spouted on the campaign trail.

So for 2016 choose kindness over hate. humanity over ignorance, and yes hope over fear.

Here is my annual best of list followed by a list of my blog posts from around the web in 2015.

Though I didn’t head to the movie theater a lot in 2015 I managed to hit the big blockbusters – The Avengers: Age of Ultron (eh), The Martian (yay) and naturally Star Wars: The Force Awakens (read more). Outside the cinema I watched some of 2014’s notables namely The Theory of Everything and the Imitation Game and Belle. All three of which are driven by incredible performances about real life people making a mark in the world. I also found myself filled with laughter by Amy Schumer’s Trainwreck – I didn’t expect to like it but found it to be refreshing and hilarious. 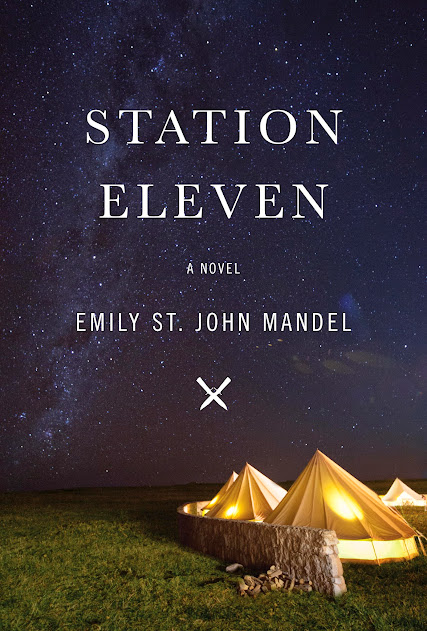 This year I read 35 new books that ranged from narratives by comedians (Modern Romance – Aziz Ansari, Yes, Please – Amy Poheler, Why Not Me? – Mindy Kaling) and dystopian adventures including one of my current favorite book in the last few years, Emily St. John Mandel’s Station Eleven.

This list, which you can see here on Goodreads, doesn’t include the books I re-read. One of those books, Tigana by Guy Gavriel Kay, is still a revelation. This novel about identity always reminds me about the type of writer I would like to be.

Of course my reading this year wasn’t all comedy and fantasy. Another one of my favorites included The Royal We by Heather Cocks and Jessica Morgan. In a word, adorable, and the perfect counterpoint to the grim apocalyptic fiction I had been reading.

At some point in November I took a look at the ridiculous amount of television I watch and realized that this has been the year of the superhero. In a year when we have Supergirl, Jessica Jones, and iZombie (I completely count Liv as a superhero) I’ve also continued to enjoy Agent Carter, Agents of S.H.I.E.L.D., the Flash, Arrow, and Daredevil. Each show tackles the question of how individuals can do extraordinary things with or without superpowers.

This is also the year that I said farewell to Parks and Rec, Parenthood, Hart of Dixie and everyone’s darling Mad Men. Four completely different shows that each stimulated my head, my heart and my intellect. I’ve filled those voids with the amazing adventures of Kimmy Schmidt and Jane the Virgin.

This has been a great year for music. Though my concert attendance was limited by my theatre attendance (see below) I had the opportunity to go to three distinct concerts that blew me away. While this was my sixth (maybe seventh) time seeing the Irish rockers, U2, I had never been able to see them from the floor. I’ve never felt celebrity awe quite like I did when I was just an outstretched hand away from Bono, the Edge, Adam, and Larry. The performances and music were, as expected, phenomenal.

Later in the fall I attended a duet performance by Rodrigo y Gabriela. Two incredible, self taught, Spanish guitarists they brought energy and joy to the stage. We capped everything off with a one man wonder Ed Sheeran. A year in waiting this performance proved how talented he is, layering sound after sound until he filled the Verizon Center with rich vocals and emotion. Below is a clip I took of him using the looping station to fill out his sound.

Aside from the live performances I’ve been rather obsessed with Lin Manuel Miranda’s masterpiece Hamilton. I’ve spent a lot of time writing about it here – so I won’t belabor the point (and I have one more post to go until I actually see the show in August 2016) but it is not often that I am inspired the way this musical has inspired me. Honorable mention: Rey’s Theme and The Jedi Steps from The Force Awakens score.

Museums and Other Fun

This year I did a series of domestic travels and in Nashville, San Francisco, and Boston I visited a series of museums that engaged my mind on a number of levels. I did a second visit to the Isabella Stewart Gardner museum in Boston and saw a gorgeous exhibition of J.M.W. Turner at the de Young museum in San Francisco, and with so many other Washingtonians experienced The Beach at the National Building Museum. In the last days of 2015 I was also able to walk the halls of the newly re-opened Renwick Gallery where I saw Wonder in all its form. If you have a chance you should check it out before it closes later this year.

Other great moments? Hearing Martin Sheen speak at the Smithsonian and visiting the Wizarding World of Harry Potter in Florida (Accio!). Another highlight of the year was seeing the Hatch Show Print workroom where they strive to keep traditional printing techniques in motion, and starting off the year watching a preview of Love Between the Covers, a film about the Romance writing industry. One thing I don’t think I’ll do again? Hear David Duchovny sing. It was weird.

And finally, theatre. In the last twelve months I have been to eighteen productions. They ranged from a fun wordless rendition of Much Ado About Nothing at Synetic Theatre to seeing a performance of Shakespeare by students from my high school during the Duchess of Cornwall’s visit (yeah, I did that).

Notable shows for me were the two productions I saw as part of the Women’s Voices Theatre Festival – Salome at the Shakespeare Theatre Center (STC) and texts&beheadings/ElizabethR at the Folger. Both were vibrant and incredibly intense narratives of historical women with complicated stories. Creative productions such as these two remind me how valuable theater is in our world.