I am
afraid. Folded in by the weight
of postcards and calls
links and 140 characters.
Always thinking about the invisible scales of equality
between the unborn, the refugee, the immigrant, and those not living in privilege.

I am
certain that I have fingers
toes, a heart with blood pumping
slowly through my veins —
as do you,
and them,
and us, but those that lead find
different ways to say
You Don’t Belong.

I question
my ability
my strength for this
test.
Yet I know that one cannot expect miracles
And God cannot do all the work

Whenever I begin writing my annual New Year’s post I take a look at what I wrote the year before. Here is what I said in January 2016:

Above all else I hope for a year of kindness. Where love trumps fear and a hope (a pipe dream, of course) that politics will not further create a vortex of misery leading up to the elections in November.

So for 2016 choose kindness over hate. humanity over ignorance, and yes hope over fear

With this in mind it should be of no surprise that I’ve been struggling over the past four weeks (more so in the past ten days) to find a point of inspiration for the year. Before the election in November, and the subsequent inauguration of our latest president I felt pretty confident that I could live my daily life and not fear my government. A tad naïve I know – but I now feel overwhelmed by how quickly that faith has devolved.

And yet I have also learned the following:

I will admit that knowing all of this does not make me any less uncertain, though it provides confidence that we can survive it. In my ever glass-half-full world I continue to believe that those who voted for this new world order will unearth compassion, recognizing that their lives will not truly improve while others in this nation are maligned, persecuted, and treated without a modicum of human dignity.

That phrase, human dignity is an important one. At the start of this year I participated in a podcast where I talked about book (set in Denmark during World War II) Number the Stars by Lois Lowry. In the book’s afterward, Lowry quotes Kim Malthe-Bruun. Bruun was a member of the Danish resistance movement and was executed by the Nazi’s near the end of World War II. This particular passage is from one of his last letters from jail to his mother, and I feel a mantra that we as a nation should aspire to fulfill.

“…and I want you all to remember—that you must not dream yourselves back to the times before the war, but the dream for you all, young and old, must be to create an ideal of human decency, and not a narrow-minded and prejudiced one. That is the great gift our country hungers for, something every little peasant boy can look forward to, and with pleasure feel he is a part of—something he can work and fight for.”

Last night, I attended a Smithsonian Associates event featuring Connie Britton, star of Friday Night Lights and Nashville. During the talk she was asked a question about balancing the added activism that is now a part of our daily lives with the rest of, well, life. As part of her response she said to look to art and culture as an answer – to use that as a means to provide focus and relief. So with that in mind, as in years past, I pulled together my best of list from 2016. Following that you’ll find my annual list of writings for the year.

Note: The first thing to remind you is that in 2016 I wrote a book! 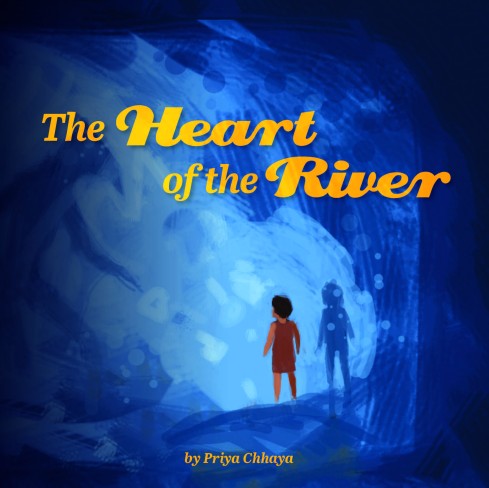 Movies:  Most of the movies I saw this past year consisted of your typical superhero fare, but there were a few that stood out above the others. Race – the story of Jesse Owens and his path to Olympic glory, Moana the latest from Disney which introduced an incredibly intelligent, powerful young woman to their cadre of female heroines, and of course the latest in the Star Wars pantheon – Rogue One which startled, surprised, and wowed me.

Honorable mention: I also really appreciated Love and Friendship which was funny and delightful.

Books: You can see my full book list on Goodreads where amidst the young adult and escapist romance novels there were some incredible pieces of writing that blew me away. For one I am still thinking of the wonder that is Guy Gavriel Kay’s Children of the Earth and Sky (more on that here), Ta-Nehisi Coates Between the World and Me reminded me that my America is not everyone else’s America. And then I went deep into The Austen Project (which oddly seems to not exist anymore) reading four of the offerings including Eligible, Northanger Abbey, Sense and Sensibility, and Emma. All wonderful in their own way.

But perhaps the strongest two books of the one hundred titles I read last year were Colson Whitehead’s The Underground Railroad and the three part graphic novel series by John Lewis, Andrew Aydin and Nate Powell called March.While both books looked at the African American experience they do so in an imaginative, heart-wrenching way, reminding the readers of how far we’ve come, and how far we have left to go.

Honorable mention: Hamilton the Revolution – because, why not.

Television: In a strange way television was my least inspiring outlet in 2016. Don’t get me wrong – I still watch a lot of it (Westworld, The Crown, Stranger Things) but while I love my shows (that last episode of Game of Thrones was insane!) nothing I watched this year really pushed my buttons and made me think.

Music and Podcasts: In a lot of ways this year has become about podcasts. I still listen to a host of shows like Wait, Wait, Don’t Tell Me! Or This American Life. But I have become a follower of About Race (which is soon to be cancelled), the West Wing Weekly, and First Impressions  a podcast by two of my friends about all things Jane Austen. In terms of music, I’ve been trying to get back to the classical. At the start of the year I played …and the waltz goes on almost on a loop which was quickly followed by a piece (embedded above) from the final episode of Game of Thrones. By the end of the year I listened to the Moana soundtrack and specific tracks from The Hamilton Mixtape – particularly “Immigrants.”

Museums: I can’t have a conversation about museums without talking about the newly opened National Museum of African American History and Culture. In short I see it as a triumph – one that I hope will educate and inspire others to fight injustice when it presents itself.  In a similar vein the summer Smithsonian exhibition called Crosslines also showed just how important it is for cultures to connect and work together.  On a lighter note Will and Jane: Shakespeare, Austen, and the Cult of Celebrity and Rebel, Princess, Jedi, Queen: Star Wars and the Power of Costumes provided a glimpse into movie magic and the power of art and literature to transform.

Theatre: This was the year of Hamilton: The Musical. As I mentioned in an earlier post this musical is an almost perfect piece of public history – and once I saw it in person an incredibly entertaining way to learn about the past. I also attended three excellent shows at the Folger Shakespeare Library –  an incredible joyful production of A Midsummer Night’s Dream, a rollicking Sense and Sensibility and a truly transformative District Merchants (more on that here). And while it wasn’t a perfect musical, I am really grateful for the opportunity to see  Allegiance which underscored just how quickly our rights can be taken for granted not to mention how truly terrifying that world would be as per Shakespeare Theatre Companies 1984.